Life is a dance in Lollywood / INNERVISION#21

During the early 1970s, Pakistan was the world's fourth largest producer of movies. The first film produced was in 1930 in pre-partition Lahore, later to become the epi-centre of Pakistani cinema, more commonly known as 'Lollywood'. However, it was during the late 1960s and 1970s that Pakistani cinema really boomed i.e.the Golden Years: the films being made then were in many ways far more progressive than anything today; tackling serious social issues but with its own unique blend of kitsch.

The soundtracks too were in synch with the trends of the day, and in most cases went beyond the trend, being far more funkier and groovy than the Western music they attempted to copy. Music producers like the Tafo brothers, M Ashraf and Sohail Rana, as well as legendary singers such as Nahid Akhtar, Runa Laila and Noor Jahan, led the way with a mix of folk, jazz, funk, disco and psychedelia (sometimes all in one song!).

There was nothing else like Pakistani cinema at the time, and there has been nothing like it since. In an attempt to follow Bollywood, Lollywood managed to create a niche of its own...at least for a magical while. As Nahid Akhtar sang in 1976 (from 'Society Girl'): 'Life is a dance, lets enjoy, don't think why, don't be silly, come and dance!' Pakistani Food (prix libre) Présentation en Anglais par Rahil Anwar 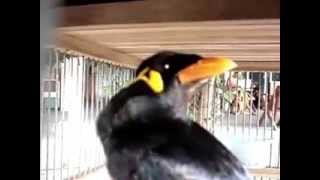